What stories were told at the Adams County Historical Society’s “Cemetery Tour 2017”. Since 2003 members of the society have told the stories of the deceased at Adams County cemeteries. This year’s tour included the deceased’s stories at Colburn/Leola, Pine Grove and New Chester Cemeteries.

The tour traveled to the Colburn/Leola Cemetery to visit the graves of two 19th century farm families: Benjamin and Nellie Graves and Daniel and Mary Booth told by the spirits of Nellie and Mary. We are also visited with the spirits of Archie and Jessie Gear; Archie was a farmer and longtime president of the Waushara Elect Co-op. We heard the spirit of Carrie Holcomb Graves tell the story of Marmaduke Graves, her young son who left home to join the CCC and didn’t come back.

At the Pine Grove Cemetery we visited with family members who told us the stories of Hryhory and Olga Nenja, who came to the United States from the Ukraine by way of Germany in World War II; of Frank and Geraldine Hesler and their farming family; and of Frank Frazer who perfected the art of Spencerian penmanship. We also visited with the spirit of John Osborn who died in a tragic train-automobile accident with three of his children.

At New Chester Cemetery we visited with the spirits of Carrie McClyman, beloved county school teacher of the 1890s; with W. Jackson Bell, self-taught electrical and telephone engineer of the 1900s; with Andrew J. McClyman, founder and longtime president of the Adams-Marquette Elect Co-op. And with the family of Joey Baggs who talked about Joey and the many members of the Baggs family in the area. 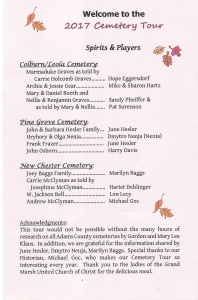 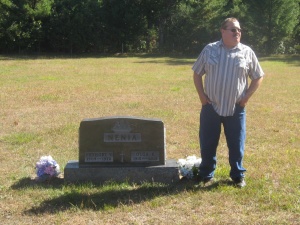 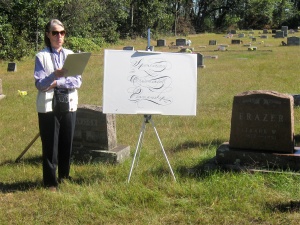 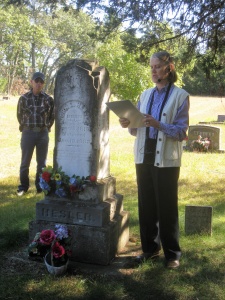 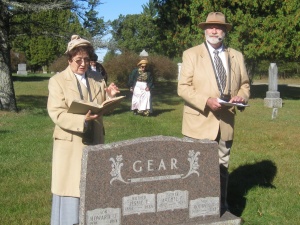 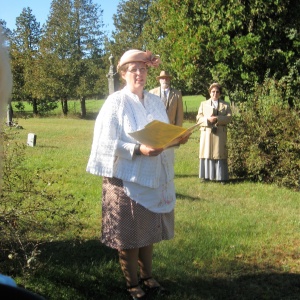 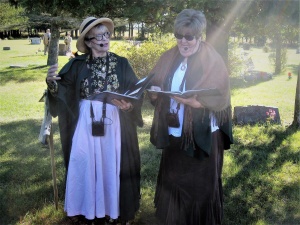 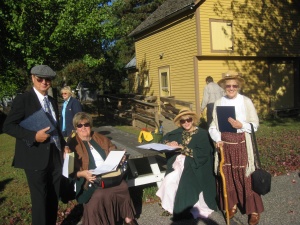